THANKS FOR NURTURING LIFE WITH YOUR BALLOON ART!

New Year 2000 had a lot of zeros. Those zeros led to extra anxiety then and to extra smiles today.

.
Many of you will remember that the new date with all the zeros stirred considerable fear and trepidation. A large percentage of major computers around the world were set up with programs that used only the last two or three digits of the calendar year to identify the year. People wondered what was going to happen when programs tried to calculate time based formulas filled with “000” rather than “999”? Would it look like time had backed up to its beginning? Would all those formulas fail to work? Would a huge portion of industry and commerce go berserk?
.
I am so glad the world survived the New Year 2000 computer crisis.  And, I am so glad that we get to look back on New Year 2000 displays like this one, remember the occasion … … and SMILE.
.
Rouse Matrix Super Builders were used to build this display. The whole set of Rouse Matrix Expand-And-Load balloon frames are so special that they are covered by several Rouse patents, but the RMS Super Builders have another distinction. As far as we know, they are the only modular balloon frames designed, manufactured and sold specifically for building displays with 18″ round film balloons.
.
The metallic coated balloons add a great deal of glitz to any occasion.  Their large, 18″ size make it possible to cover large areas with fewer balloons.  Their leak resistant material allows balloon displays to be built well ahead of time and to last for weeks or months.
.
Will your next event be a good match for these large, glitzy, efficient and long lasting balloons?  Consider displaying them in RMS Super Builders.
.
— You can download RMS Super Builder graph paper to plan your designs from http://www.rouseinternational.com/downloads/pdf/SuperBuilderGraphFilm.pdf
.
— You can purchase RMS Super Builders online at http://www.bvsmall.com/product/RMS-MP-SBLDR-118
.
— You can call toll free at 1-877-GO-ROUSE (1-877-467-6873) for help as you plan your Super Builder projects. We would love to share pointers with you that could make your project easier.
.
— You can share pictures of your Super Builder projects with us and your balloon neighbors on http://facebook.com/RouseMatrixPage.  We would love to see what you do. 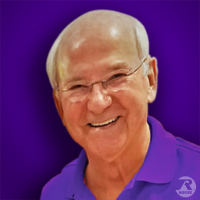